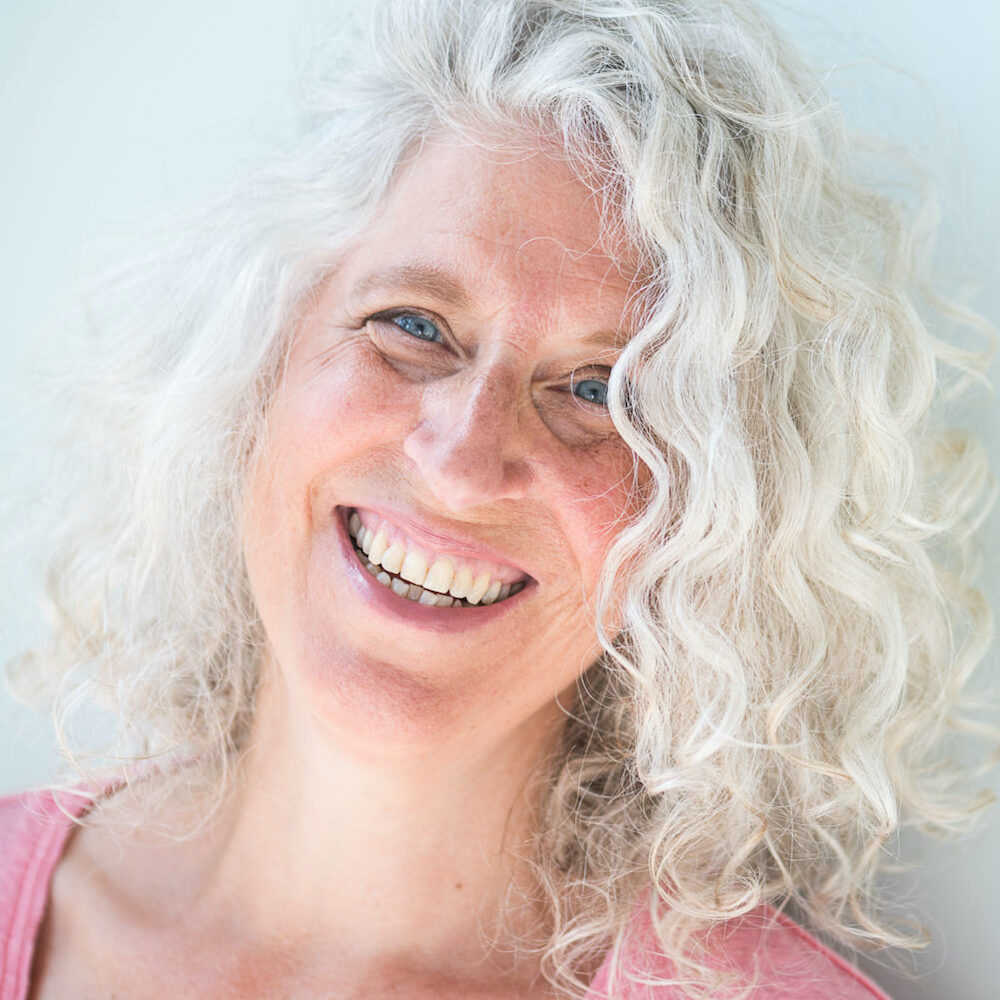 Phoene Cave (BMus Hons, PGDip MT, MA) is an HCPC registered music therapist, a CNHC registered shiatsu practitioner, singer, vocal coach and clinical supervisor. Initially she had a career in the record and television industries, as well as working as a professional singer.

Phoene then went on to spend two decades working with a range of diverse communities in nurseries, schools, further and higher education, concert halls, social housing, care homes, hospitals, a detention centre and a prison.

She has worked as a practitioner, performer, manager, therapist, lecturer and trainer and is passionate about the creative connections between music and wellbeing.

Phoene was head of the vocal team at Richmond Music Trust managing a team of peripatetic singing teachers, Head of Music Services for Nordoff Robbins Music therapy charity in London managing a team of music therapists, and also spent two years working with the prison’s most challenged and challenging women at HMP & YOI Bronzefield as well as running a music therapy group in the mother and baby unit. As a music therapist, she has creatively supported children and young people with a broad variety of social, emotional and mental health difficulties (SEMH) including young unaccompanied asylum seekers.

Phoene delivered the first Singing for Breathing programme at the Royal Brompton hospital in London in 2008 (originally working with inpatients). Outpatients and two RCT’s followed. In 2014 the British Lung Foundation invited Phoene to write and deliver training and resources for a Singing for Lung Health programme. She helped set up groups and Singing for Lung Health available now in 9 London hospitals.  She has trained 200 singing for lung health leaders across the UK and Europe since 2015.

Her priority, and passion, is to give a voice to those who struggle with breathlessness, inform others of how music, movement and mindfulness can support rehabilitation,  pursue robust and appropriate evaluations and encourage safe and informed practice for singing leaders, music therapists and an increasing number of other Health Care Professionals. 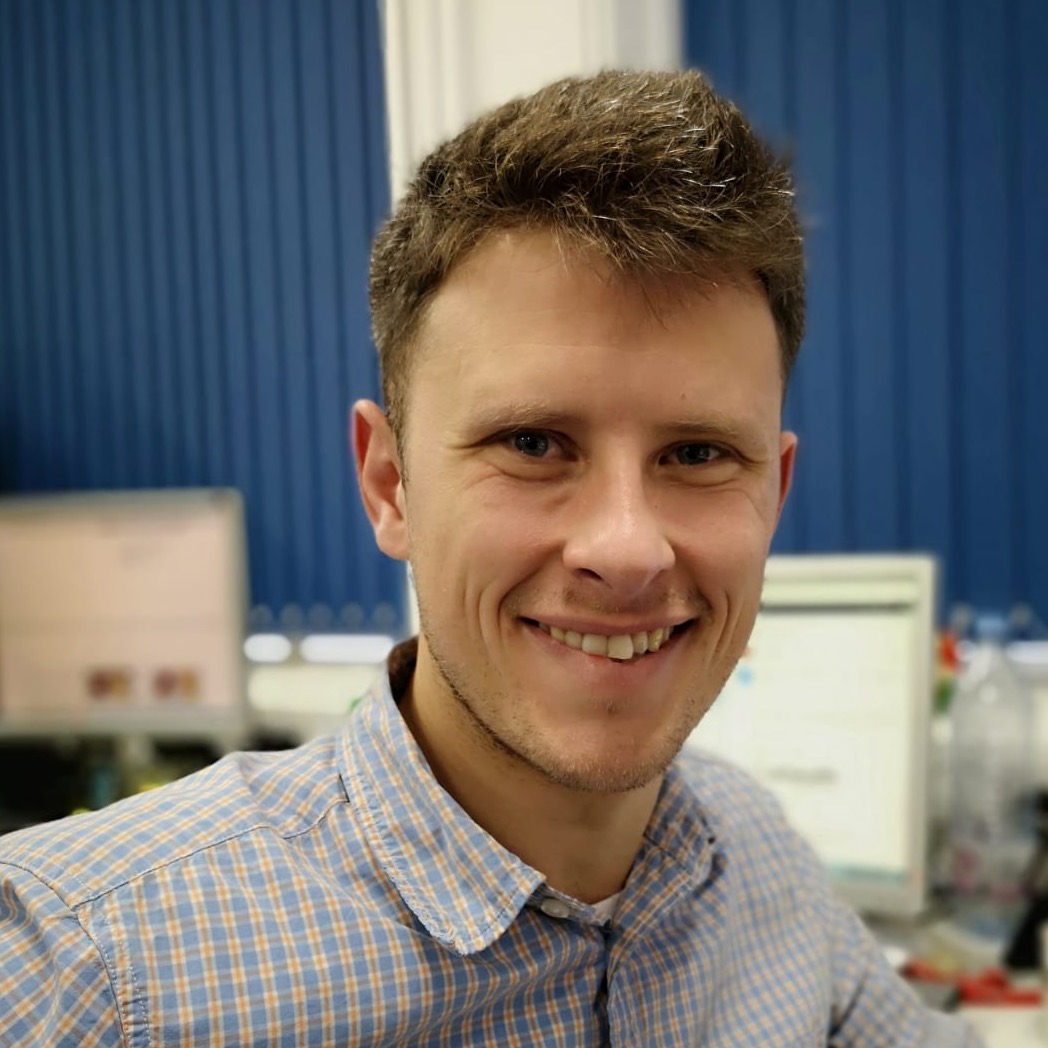 Adam is Lecturer in Physiotherapy at Brunel University, and previously worked at the Royal Brompton and Harefield NHS Foundation Trust with Dr Nick Hopkinson and Professor Michael Polkey.

He qualified as a physiotherapist with First Class honours from the University of Southampton and started his career in musculoskeletal physiotherapy. He was successful in being awarded a clinical academic PhD fellowship which he passed in 2013. His thesis was based on COPD patient experiences of their disease and pulmonary rehabilitation.

He has previously trained singing for lung health leaders on behalf of the British Lung Foundation and chaired the UK singing for Lung Health consensus group.

His publications include a systematic review, quantitative and qualitative service evaluations of Singing for Lung Health. 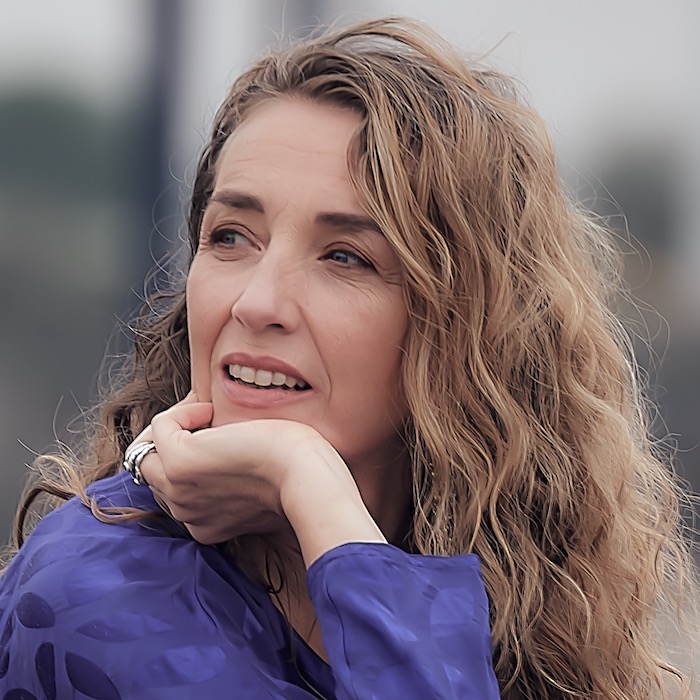 Juliet (MMus, PG Cert., BA (Hons)) is a singer, composer, vocal coach and choir director. With a background in community arts, Juliet is passionate about supporting individuals and communities to develop their voices and creativity.

She previously led the Singing for Breathing group at Harefield Hospital and is a trainer for the British Lung Foundation’s Singing for Lung Health programme. She has created a research based toolkit for singing for lung health leaders, exploring which vocal techniques may be optimal when working with people with obstructive lung diseases. In 2015 she toured her Earth Meets Sky album collaborating with local musicians and community choirs to create ten unique performances throughout the UK.

She was formerly Academic Head of Vocals at Vocaltech (now BIMM), a lecturer at West London University and has been a visiting lecturer at Triunity Laban, the Institute of Contemporary Music Performance, John Moores’ University and Goldsmiths College, University of London.

Juliet was a founding artistic director of Sense of Sound and creative director of Sing Up Greenwich and Sing Late at the V&A. She leads the Portobello Live Choir, a community choir in West London and Assemble professional choir.

You can find out more about Juliet at www.julietrussell.com 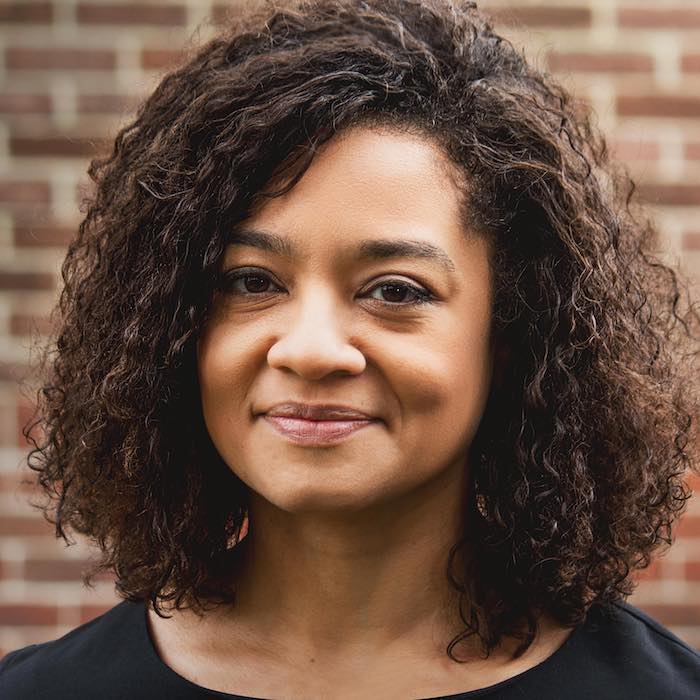 Since graduating from the Guildhall School of Music and Drama, Liz has become a well- established and versatile vocalist, choral leader, and soloist, known for her passionate and forward-thinking approach.

She has performed worldwide with The Swingles, The Heritage Orchestra, flamenco legend Paco Peña, the Aurora Orchestra, and London Voices, and has appeared at international venues and festivals including the Montreux and London Jazz Festivals, Milan’s La Scala, the Proms, Europa Cantat, and the Big Chill. She has also been featured as a performer and vocal coach on radio and television worldwide, including the BBC, Sky and Hollywood film scores.

Liz is dedicated to expanding choral education, innovation and participation, and is an experienced teacher of singing in schools and universities. As a choir leader she had also directed projects for the Southbank Centre’s Voicelab initiative, was a choir director and is now board member of national musical charity The Choir With No Name, and has run workplace choirs at both The Guardian newspaper and Comic Relief as well as numerous community choir initiatives. Liz teaches singing at degree level at Kingston University & the Guildhall School of Music & Drama. She is the Singing & Popular Music Co-ordinator at Hillingdon Music Education Hub.

To find out more about Liz, visit lizswain.co.uk. 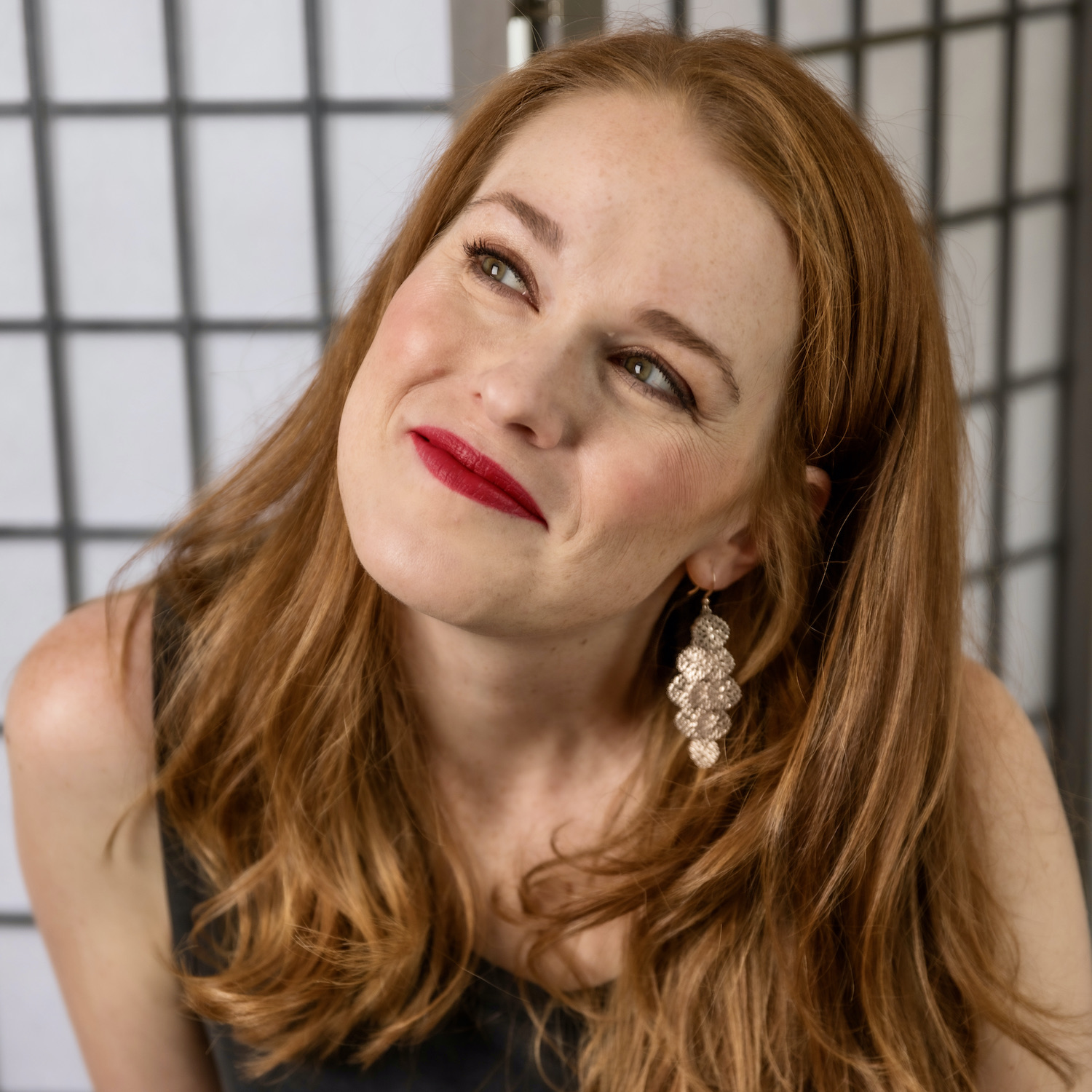 Her doctoral dissertation focused on the use of singing lessons as an adjunctive airway clearance technique for cystic fibrosis and her article, “Singing for Respiratory Health: A Literature Review” was published in 2018 in the peer-reviewed Journal of Voice. She has presented her dissertation research and continuing research in the use of singing for respiratory ailments across the United States, Canada and Europe. Recently she has focused her work on helping people with lung disease to better coordinate their breath with the voice through individual lessons and the “Breathe, Sing, Move!” program.

The “Breathe, Speak, Pace” program for people experiencing long-COVID was launched in March 2021. Rachel has been in demand as a guest lecturer on breathing physiology at universities and programs across North America. As an active and trained singing voice specialist, she frequently assists injured singers, actors and other voice users referred to her from medical professionals and the voice community.

Rachel received her Doctor of Musical Arts in vocal pedagogy from Shenandoah University where she was the recipient of the Dean’s Graduate Scholar Award for “exceptional aptitude for research and scholarship.” She also holds undergraduate and graduate degrees in voice performance and pedagogy from Westminster Choir College in Princeton, New Jersey.

To find out more about Rachel, visit rachelbgoldenberg.com 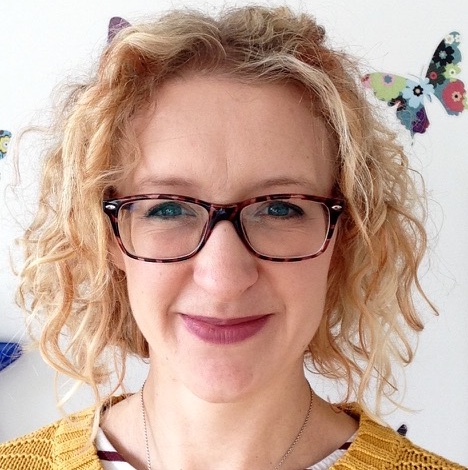 Charlotte qualified as a physiotherapist in 2004 and since 2008 she has specialised within respiratory services. She has worked with adults and children with a variety of respiratory conditions including: cystic fibrosis (CF), bronchiectasis, emphysema, primary ciliary dyskinesia, asthma as well as working within sleep and ventilation teams.

She is completing an NIHR funded Master in clinical research, looking at ways to identify children with asthma who may benefit from physiotherapy interventions, particularly breathing pattern retaining.

She is a Buteyko teacher and also works the rb&h Arts team at the Royal Brompton with singers and beatboxers working on the wards with children and young people with respiratory conditions. Charlotte and Phoene met at the hospital and both share a belief that singing and beatboxing provides endless benefits. It can improve breathing patterns, improve breath in singing which then impacts on daily life and exercise.

Charlotte believes it provides a fun and engaging way to provide similar interventions that respiratory physiotherapist would offer, for individuals who may or may not be engaged with their medical teams. It most importantly provides the holistic element to treatments.

Patients gain more than just better posture and breath control they gain self-belief, confidence, empowerment and a better sense of well-being. Charlotte asks the question – can we afford to not provide this in our services? 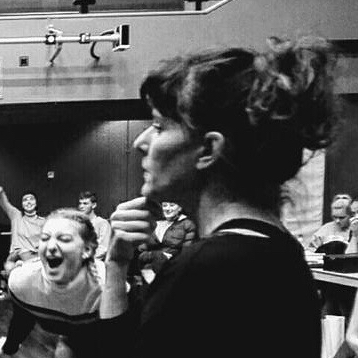 Rose Ryan is a Movement Director, Choreographer and Teacher. After completing a degree in Creative Arts at Bretton Hall she trained at the Laban Centre. She has recently completed the MA in Movement: Directing and Teaching at the Royal Central School of Speech and Drama. Currently she is Lead of Actor Movement, at Guildford School of Acting (GSA).

Rose has developed a form called Integrative Movement Practice for Actors: This is a series of workshops that use techniques drawn from somatic dance, contact improvisation and yoga to help the actor connect with the original body and explore current movement practices. Integrative Movement Practices encourages the use of observation and reflection with the hope that actors will begin to unlock the expressive body. Through this they can become aware of their original body and can make choices that can break habitual patterns and discover new ways of interacting.

This is an approach that Rose has transferred to her work with diverse and different groups of people such as the Terrence Higgins Trust, working with those affected by HIV and Aids and the YMCA working with clients that are experiencing homelessness and trauma.

Over the years Rose has developed an integrative approach to movement that is informed by her eclectic experiences, intuition and curiosity in life and art. She is fascinated by the vast potential that movement has on the opening of an experiential and nonverbal realm, the sensory experience of the bodies, as well as their transforming ability.