A History of Singing for Lung Health

Singing for Lung Health (originally called Singing for Breathing) started in 2007 at the Royal Brompton Hospital. Today there are 100+ singing groups for people with lung disease across UK, and continuing research investigating impact.

Why singing for people with lung health?

There has been increasing interest over the past decade in the role of singing for supporting those with lung disease.

Singing has a number of similarities to physiotherapy techniques used for dyspnea management (breathlessness) and airway clearance.

See the article Singing for Lung Health—a systematic review of the literature and consensus statement (Nature, 2016) for more details. 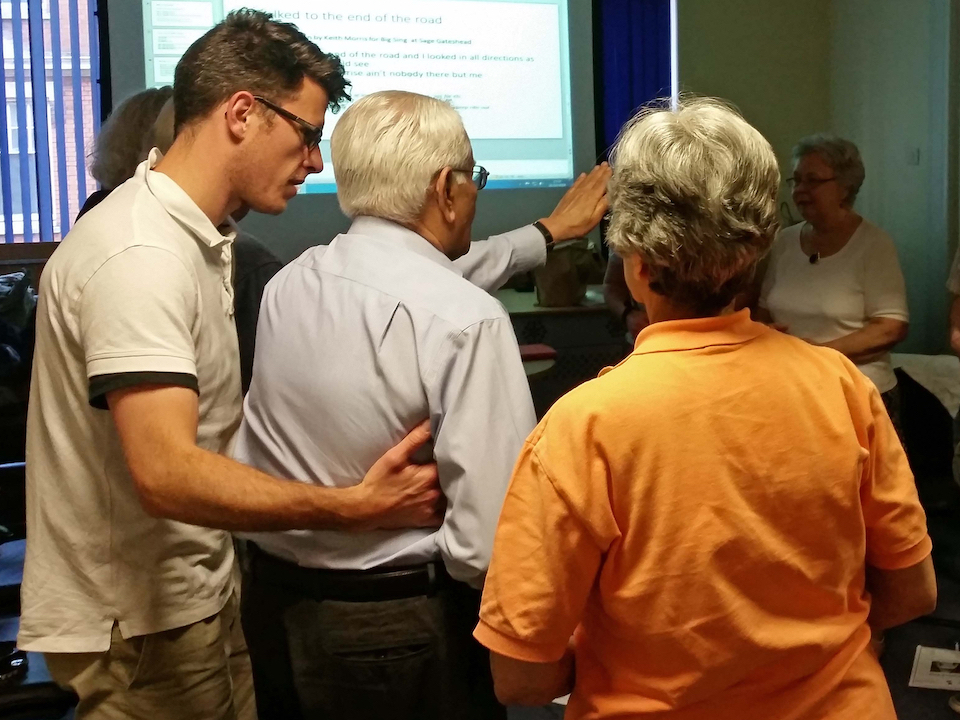 The “Singing for Breathing” group at the Royal Brompton Hospital in London was run by Phoene Cave.  It was inspired by a project in Oldham called “Bronchial Boogie” in which children with asthma were taught how to play brass instruments to improve their respiratory health and self-esteem.

Find out more about this early work from the Life Of Breath, a research project funded by the Wellcome Trust.

You are forgetting about, ‘oh I’ve got to breathe now, I’ve got to push my out breath out from here’…the singing process does all that.

I have never felt so relaxed as today. My breathing was becoming regular and comfortable. There was a flow of energy from head to toe. Wonderful feeling to have.

Singing for Breathing groups began to develop elsewhere in the UK.

Researchers from the Sidney de Haan Research Centre for Arts and Health in Canterbury set up a number of funded groups in Kent. These led to new research and evaluation (Morrison and Clift, 2013; Skingley & Clift, 2018). Both studies showed participants value singing in regard to improving the management of their respiratory health and symptoms.  Please see Reading and Resources for further research.

”The service evaluation also indicates that SLH has a significant clinical impact for people with respiratory disease besides the expected enjoyment of attending a community singing group. Questionnaire responses indicate that SLH improves respiratory-related quality of life and reduces healthcare utilisation over 12 weeks.

When I sit down I can practise that breathing and just calm myself down and it’s amazing that, it’s just become second nature to me, you know. And I think in singing I’ve learnt without even realising it how to control my breathing.

I feel as though my airways have really opened up and my natural breathing is more fluid. Singing has so many benefits – physical, emotional and pure enjoyment.